Published on by Haywood Milton 5 Comments

In the original, manual wind Daytona ranges there had not been a bicolour (steel and yellow metal) option. The bicolour Rolex Daytona Cosmograph shown below is one of the first of the new,self-winding models introduced in the late 1980s, using the Zenith-based 4030 calibre movement.  It came Miltons’ way in September 2015 : 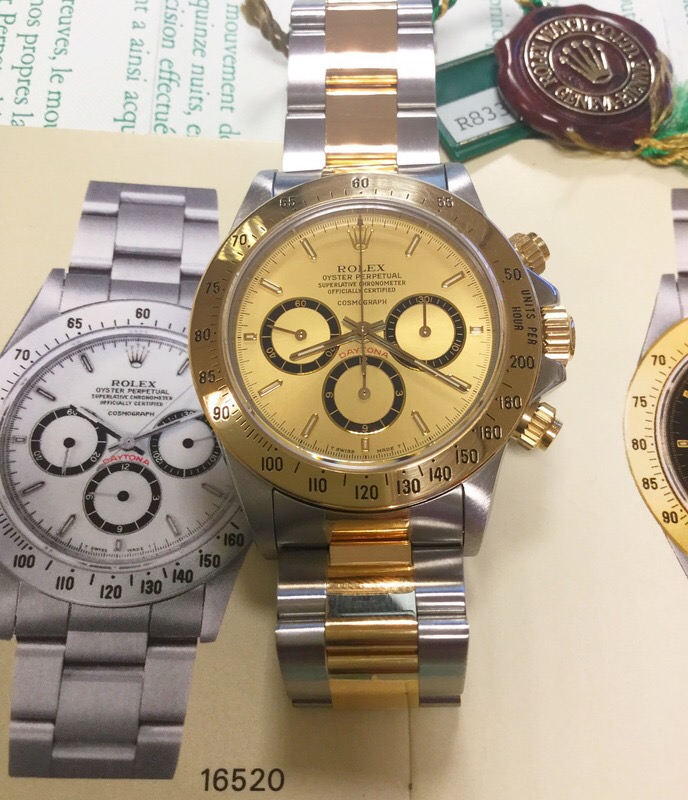 It is a model 16523 made in 1988. The dial is an immaculate example of the rare Floating Cosmograph, that word being “orphaned” or floating free from the rest of the text above it. The inverted “6” on the hour totaliser (bottom sub-dial) and slightly unusual font for the numbers are to be expected on this early variant. These dial features distinguish the first examples of the automatic Daytonas from all that followed.

With any Daytona of this age we might expect to see very slight signs of damage to the sub-dial hands or even the dial itself caused by their removal and replacement during service, but it seems that this dial and hands had never been removed.

The early 200-unit bezel, the standard Oyster 78.363 bracelet date-coded “M8” (for August 1988) and the case-back sticker indicated that this watch had led a life of ease so far. It still met its original specification for water-resistance and time-keeping! 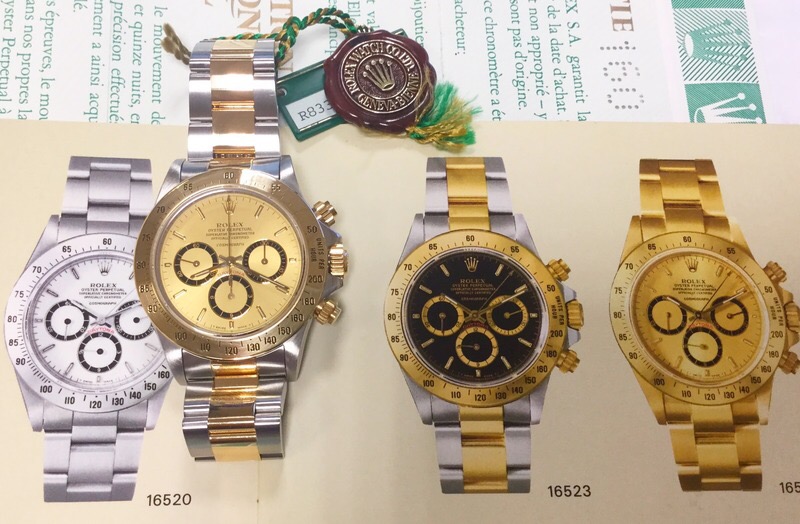 The accompanying instruction booklet above, itself date coded “3.1988”, beautifully shows the distinctive, similar dials fitted in all permutations of metal. The watch also had both swing tags, 1989-1990 calendar card, 16523 box set and original UK papers!

A “full set” watch is always especially sought after. Note the two stickers on the side of the box below, one bearing the 16523 model reference and the other, round, gold one corresponding to the so-called “champagne” dial: 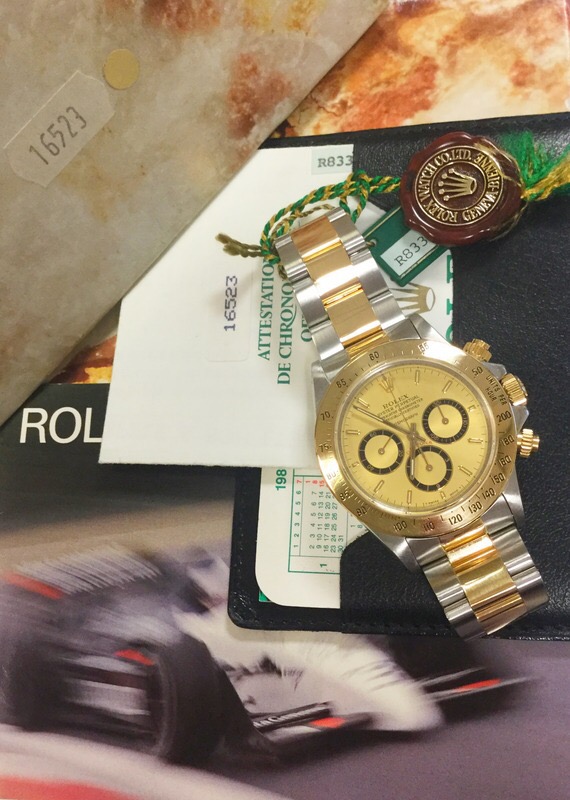 We note with fondness how smart the old style of markings on the bezel are. The tachygraph detail it comprises evolved only slightly from this on later versions, including the revised 116523 (with in-house Rolex 4130 calibre movement). To our slight regret in Summer 2015 Rolex updated the bicolour Daytona with a new, overpowering style of bezel detail, which seems to bring imbalance and confusion to a watch which least needs it : 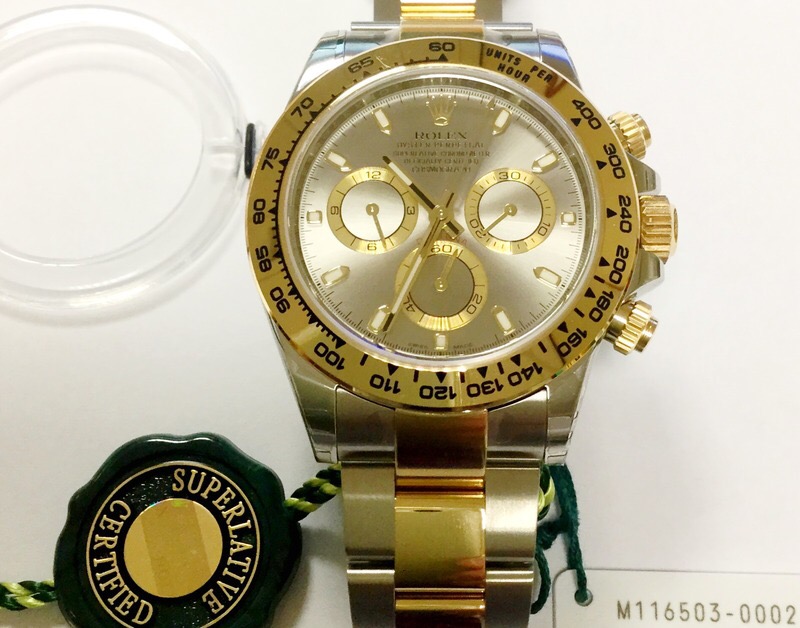 Buyers normally seek out any model bearing a new feature and our early experience shows it to be a commerical success. While it may not be to our taste, if you want this latest incarnation you should look for the 116503 model designation (the cleaner bezel design was last seen in the 116523).

The Miltons watch team, including Haywood Milton and two former managers of a Rolex main agent, have extensive experience of these and older Daytona models. Many are extremely desirable and we would be very happy to discuss your watch, without commitment.

Essays by Haywood
Back to top